A Serial Biography of the Wayward 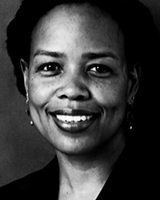 Drawing from her new book project, the lecture examines the social upheaval and radical transformation of everyday life that took place in the American slums between 1890-1920.

Saidiya Hartman is Professor of English and Comparative Literature at Columbia University and has served as the director of the Institute for Research on Women, Gender & Sexuality. She is the author of Lose Your Mother (Farrar, Straus & Giroux, 2007) and Scenes of Subjection (Oxford University Press, 1997). She has published several articles on slavery, including “Venus in Two Acts” and “The Time of Slavery.”