Cultures and Histories of the Environment Colloquium 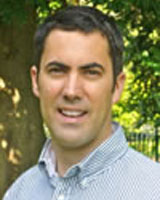 Part of the Burdick-Vary Lecture Series: “International Perspectives on the Environmental Humanities and Social Sciences”:

Cóilín Parsons is an assistant professor of English Literature at the University of Cape Town, South Africa since 2009. He completed his PhD in English and Comparative Literature at Columbia University. Cóilín has published on the origins of literary study in Ireland and India, Sydney Owenson’s Indian novels, Irish literature, and postcolonial theory. He is currently working on a book manuscript on the cartographic origins of Irish modernist literature.

“A Full-face Portrait of the Land: Reading Modernity in the Irish Ordnance Survey Maps”

In the 1830s and 1840s the entire island of Ireland was mapped by the Ordnance Survey on a scale of six inches to the mile, which called for detail that was unprecedented in the history of British surveying. One of the results of the decision to map on this scale was that the Survey established a historical division–which included antiquarians, Gaelic language scholars, and a drunken poet–for the purposes of determining which toponymic and archeological features to include on the maps. This work constituted one of the most sustained and extensive state-sponsored historical surveys in the nineteenth-century empire, with surprising effects: the Survey’s maps, far from inscribing colonial power as most historians of cartography argue, represent profound political ambivalences, and tend more to highlight and reconstruct the Gaelic past than provide an accurate representation of British colonial settlement. Reading the Surveys maps and its archive of official letters through the lens of recent theoretical writing on colonial archives, I argue for a reading of the cultural work of the Ordnance Survey that significantly reshapes our understanding of the Survey. This paper reveals the Survey as, above all else, an experiment in the representation of the troubled emergence of modernity of the Irish landscape in the 1830s.

“The Scale of Modernity: John Millington Synge, Maps, and the Modernist Everyday”

Synge’s The Aran Islands documents five summers spent on an island off the west coast of Galway, one of the “most primitive” in Europe. Despite his attempts to constantly highlight the traditional nature of the islands, Synge’s narrative is interrupted at key moments by glimpses of the modern and the global—of emerging modernity on the colonial fringe. Drawing principally on the work Fredric Jameson, I argue in this paper that Synge is searching for a narrative form that will accommodate the scale of colonial modernity, and that he looks to surveying techniques in order to find a model for his writing.