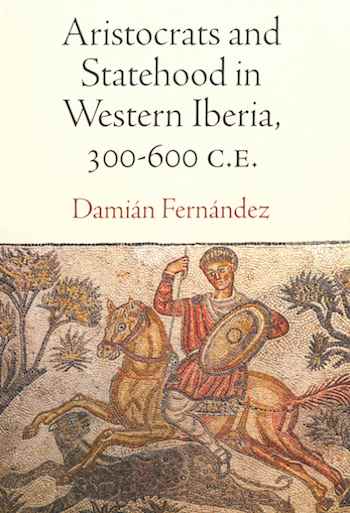 Synopsis:
In a distant corner of the late antique world, along the Atlantic river valleys of western Iberia, local elite populations lived through the ebb and flow of empire and kingdoms as historical agents with their own social strategies. Contrary to earlier historiographical accounts, these aristocrats were not oppressed by a centralized Roman empire or its successor kingdoms; nor was there an inherent conflict between central states and local elites. Instead, Damián Fernández argues, there was an interdependency of state and local aristocracies. The upper classes embraced state projects to assert their ascendancy within their communities. By doing so, they enacted statehood at the local level, bringing state presence to the remotest corners of Iberia, both under Roman rule and during the later Suevic and Visigothic kingdoms.

Aristocrats and Statehood in Western Iberia, 300-600 C.E. combines archaeological and literary sources to reconstruct the history of late antique Iberian aristocracies, facilitating the study of a social class that has proved elusive when approached through the lens of a single type of evidence. This is the first study of Iberian elites that covers both the late Roman and the post-Roman periods in similar depth, and the chronological approach allows for a new perspective on social agency of late antique nobility. While the end of the Roman empire changed the political, economic, and social strategies of local aristocrats, the book also demonstrates a considerable degree of continuity that lasted until the late sixth century.