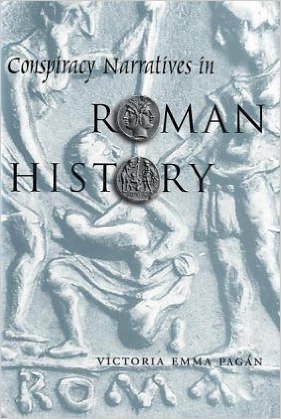 Synopsis:
Conspiracy and Roman history go hand-in-hand although Roman writers were required to assure citizens that they were rare occurrences and that conspiracies were always revealed and the perpetrators punished. In this study, Victoria Pagan examines the narrative strategies of five prominent Roman historians who recorded conspiracies: Sallust, Livy, Tacitus, Josephus, and Appian. Through five incidences of Intrigue and secrecy, including the assassinations of Julius Caesar and Caligula, she explores how writers dealt with this sensitive subject which brought fear and suspicion into the lives of Roman citizens.