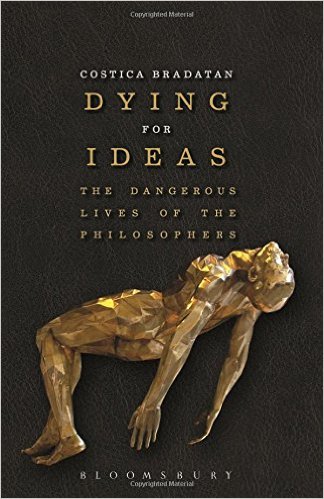 Synopsis:
What do Socrates, Hypatia, Giordano Bruno, Thomas More, and Jan Patocka have in common? First, they were all faced one day with the most difficult of choices: stay faithful to your ideas and die or renounce them and stay alive. Second, they all chose to die. Their spectacular deaths have become not only an integral part of their biographies, but are also inseparable from their work. A “death for ideas” is a piece of philosophical work in its own right; Socrates may have never written a line, but his death is one of the greatest philosophical best-sellers of all time.

Dying for Ideas explores the limit-situation in which philosophers find themselves when the only means of persuasion they can use is their own dying bodies and the public spectacle of their death. The book tells the story of the philosopher’s encounter with death as seen from several angles: the tradition of philosophy as an art of living; the body as the site of self-transcending; death as a classical philosophical topic; taming death and self-fashioning; finally, the philosophers’ scapegoating and their live performance of a martyr’s death, followed by apotheosis and disappearance into myth.

While rooted in the history of philosophy, Dying for Ideas is an exercise in breaking disciplinary boundaries. This is a book about Socrates and Heidegger, but also about Gandhi’s “fasting unto death” and self-immolation; about Girard and Passolini, and self-fashioning and the art of the essay.