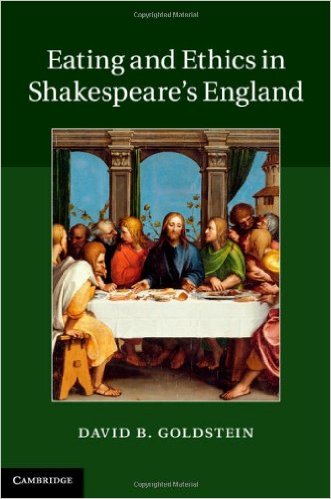 Synopsis:
David B. Goldstein argues for a new understanding of Renaissance England from the perspective of communal eating. Rather than focus on traditional models of interiority, choice and consumption, Goldstein demonstrates that eating offered a central paradigm for the ethics of community formation. The book examines how sharing food helps build, demarcate and destroy relationships – between eater and eaten, between self and other, and among different groups. Tracing these eating relations from 1547 to 1680 – through Shakespeare, Milton, religious writers and recipe book authors – Goldstein shows that to think about eating was to engage in complex reflections about the body’s role in society. In the process, he radically rethinks the communal importance of the Protestant Eucharist. Combining historicist literary analysis with insights from social science and philosophy, the book’s arguments reverberate well beyond the Renaissance. Ultimately, Eating and Ethics in Shakespeare’s England forces us to rethink our own relationship to food.