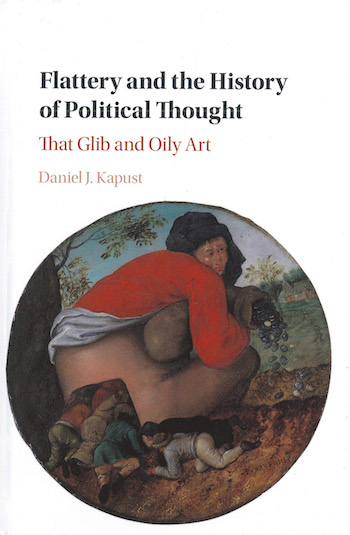 Synopsis:
Flattery is an often overlooked political phenomenon, even though it has interested thinkers from classical Athens to eighteenth-century America. Drawing a distinction between moralistic and strategic flattery, this book offers new interpretations of a range of texts from the history of political thought. Discussing Cicero, Pliny, Castiglione, Machiavelli, Hobbes, Mandeville, Smith, and the Federalist/Anti-Federalist debates, the book engages and enriches contemporary political theory debates about rhetoric, republicanism, and democratic theory, among other topics. Flattery and the History of Political Thought shows both the historical importance and continued relevance of flattery for political theory. Additionally, the study is interdisciplinary in both subject and approach, engaging classics, literature, rhetoric, and history scholarship; it aims to bring a range of disciplines into conversation with each other as it explores a neglected – and yet important – topic.