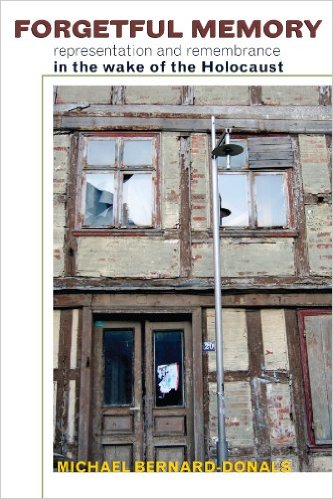 Synopsis:
Much of the discussion surrounding the Holocaust and how it can be depicted sixty years later has focused on memory. In Forgetful Memory, Michael Bernard-Donals focuses on the relation between memory and forgetfulness, arguing that memory and forgetfulness cannot be separated but must be examined as they complicate our understanding of the Shoah. Drawing on the work of Josef Yerushalmi, Maurice Blanchot, David Roskies, and especially Emmanuel Levinas, Bernard-Donals explores contemporary representations of the Holocaust in memoirs, novels, and poetry; films and photographs; in museums; and in our contemporary political discourse concerning the Middle East. Ultimately, Forgetful Memory makes the case that we should give up on the idea of memory as a kind of representation, and that we should see it instead as an intersection of remembrance and oblivion, as a kind of writing, where what remains at its margins—what is left unwritten—is at least as important as what is given voice.