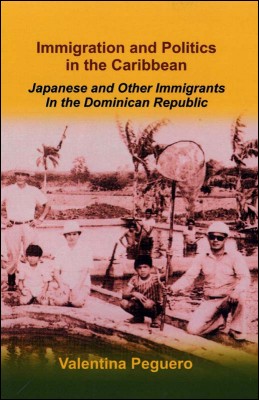 Peguero, V. Immigration and Politics in the Caribbean: Japanese and Other Immigrants in the Dominican Republic. Pompano Beach, FL: Caribbean Studies Press, 2008.

Synopsis:
A revealing study of 20th-century immigration and racial politics in the Dominican Republic. The little-known settlements of Japanese immigrants in the Dominican Republic are the basis for this richly informed history of 20th-century migration to the Caribbean and Latin America. Yet the connection of Japan to the region is strong, with a considerable volume of trade and approximately 1.5 million individuals of Japanese descent in the area, with an estimated 60% of them in Brazil. Dr. Peguero conducted extensive fieldwork in the Japanese settlements and interviewed the immigrants and their descendants as well as Dominicans in the larger community. The author weaves the history of racism and eugenics, war, colonialism, power, money, population, religion, food, language, and culture in a detailed study of immigration to the Caribbean