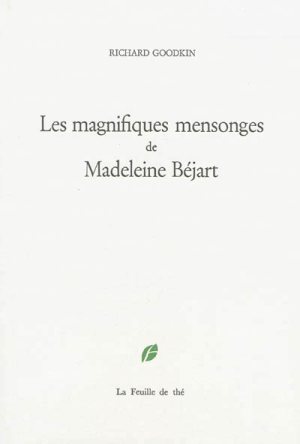 Synopsis:
Would Molière be the great playwright we know today had he not met Madeleine de Béjart, the beautiful, intelligent, and gifted actress who was his collaborator, mistress, and sister-in-law–or perhaps mother-in-law? Richard Goodkin’s well-documented novel adopts the form of historical fiction. When details are missing from the historical record, the author fills in the gaps to give meaning to the story, yet with cheerful malice, he also takes the conventions of the historical novel with a grain of salt. The story of a life, the novel is also the tale of Madeleine’s gradual discovery of the “art of lying,” which in Goodkin’s vision can also be one of the purest forms of love.