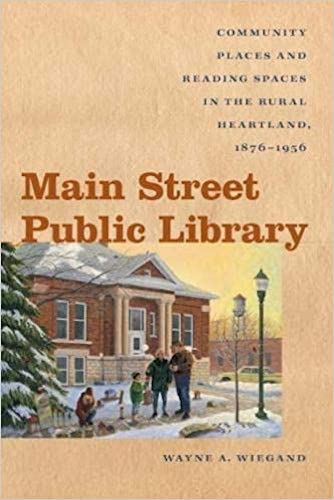 In Main Street Public Library, eminent library historian Wayne Wiegand studies four emblematic small-town libraries in the Midwest from the late nineteenth century through the federal Library Service Act of 1956, and shows that these institutions served a much different purpose than is so often perceived. Rather than acting as neutral institutions that are vital to democracy, the libraries of Sauk Centre, Minnesota; Osage, Iowa; Rhinelander, Wisconsin; and Lexington, Michigan, were actually mediating community literary values and providing a public space for the construction of social harmony. These libraries, and the librarians who ran them, were often just as susceptible to the political and social pressures of their time as any other public institution.

By analyzing the collections of all four libraries and revealing what was being read and why certain acquisitions were passed over, Wiegand challenges both traditional perceptions and professional rhetoric about the role of libraries in our small-town communities. While the American public library has become essential to its local community, it is for reasons significantly different than those articulated by the “library faith.”