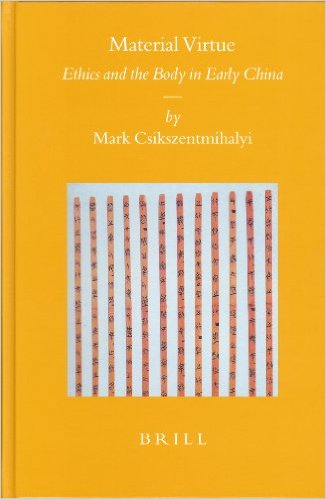 Synopsis:
This book reconstructs a neglected episode in the development of Confucianism, one that considerably influenced later Chinese religious thought. “Material Virtue” examines a set of four through first century B.C.E. Chinese texts that argue virtue has a physical correlate in the body. Based on both transmitted (e.g., the Mengzi or Mencius) and recently excavated (e.g., the Wuxing or Five Kinds of Action) texts, “Material Virtue” describes how the argument addresses challenges to early Chinese religious ethics in part by relying on emerging notions such as the balance of qi (pneumas) also found in natural philosophy.