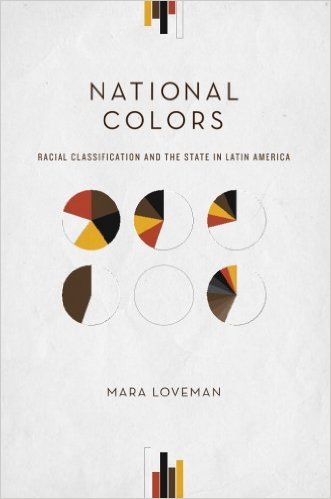 Synopsis:
The era of official color-blindness in Latin America has come to an end. For the first time in decades, nearly every state in Latin America now asks their citizens to identify their race or ethnicity on the national census. Most observers approvingly highlight the historic novelty of these reforms, but National Colors shows that official racial classification of citizens has a long history in Latin America.

Through a comprehensive analysis of the politics and practice of official ethnoracial classification in the censuses of nineteen Latin American states across nearly two centuries, this book explains why most Latin American states classified their citizens by race on early national censuses, why they stopped the practice of official racial classification around mid-twentieth century, and why they reintroduced ethnoracial classification on national censuses at the dawn of the twenty-first century. Beyond domestic political struggles, the analysis reveals that the ways that Latin American states classified their populations from the mid-nineteenth century onward responded to changes in international criteria for how to construct a modern nation and promote national development. As prevailing international understandings of what made a political and cultural community a modern nation changed, so too did the ways that Latin American census officials depicted diversity within national populations. The way census officials described populations in official statistics, in turn, shaped how policymakers viewed national populations and informed their prescriptions for national development–with consequences that still reverberate in contemporary political struggles for recognition, rights, and redress for ethnoracially marginalized populations in today’s Latin America.