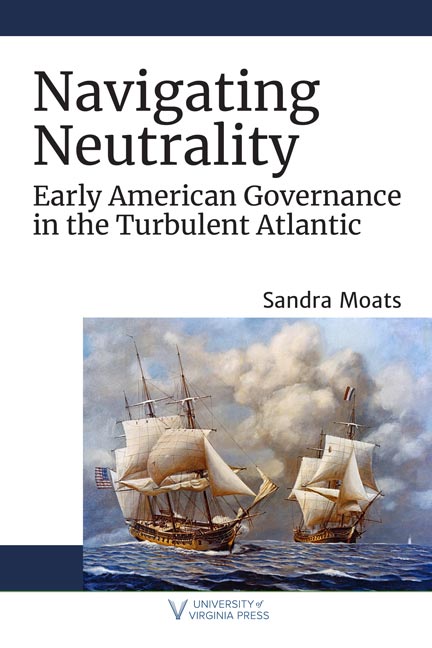 Proclaiming neutrality proved easier than enforcing it. American citizens eagerly accepted lucrative French privateering commissions, and Britain retaliated by attacking American ships, cargos, and sailors. In response, Washington and his cabinet formulated policies to enforce neutrality across all three branches of the government and around the globe. Maritime citizens, stranded in the Caribbean and Mediterranean, especially came to appreciate the government’s rescue efforts. As Sandra Moats shows, enforcing neutrality galvanized all three branches of the nascent U.S. government, serving as a manifesto of the young nation’s quest to be respected in its independence and helping to build a U.S. government capable of supporting its global aspirations.