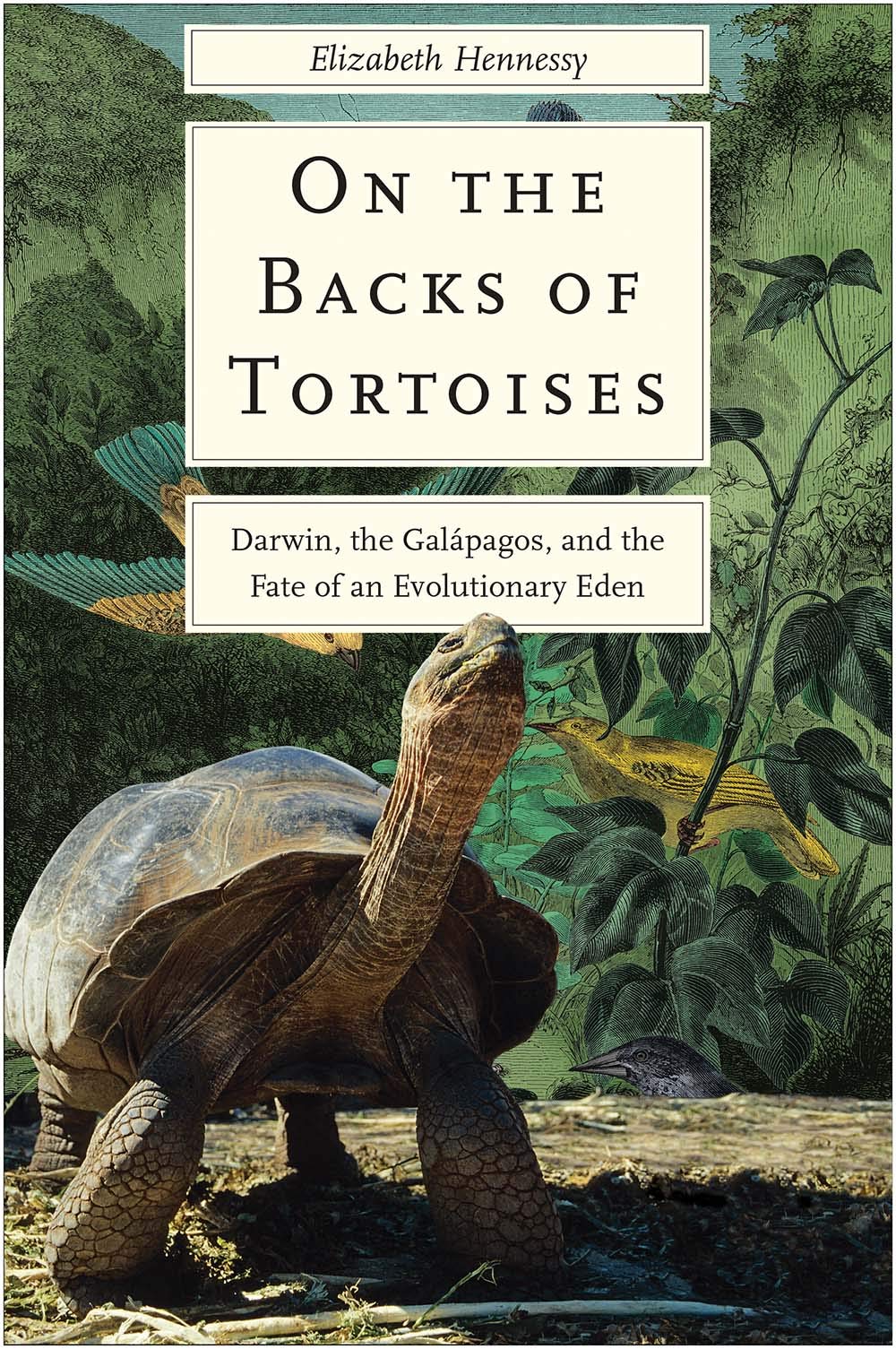 Hennessy, E. On the Backs of Tortoises: Darwin, the Galapagos, and the Fate of an Evolutionary Eden. 1st ed., New Haven, CT and London, UK: Yale University Press, 2019.

The Galápagos archipelago is often viewed as a last foothold of pristine nature. For sixty years, conservationists have worked to restore this evolutionary Eden after centuries of exploitation at the hands of pirates, whalers, and island settlers. This book tells the story of the islands’ namesakes—the giant tortoises—as coveted food sources, objects of natural history, and famous icons of conservation and tourism. By doing so, it brings into stark relief the paradoxical, and impossible, goal of conserving species by trying to restore a past state of prehistoric evolution. The tortoises, Elizabeth Hennessy demonstrates, are not prehistoric, but rather microcosms whose stories show how deeply human and nonhuman life are entangled. In a world where evolution is thoroughly shaped by global history, Hennessy puts forward a vision for conservation based on reckoning with the past, rather than trying to erase it.