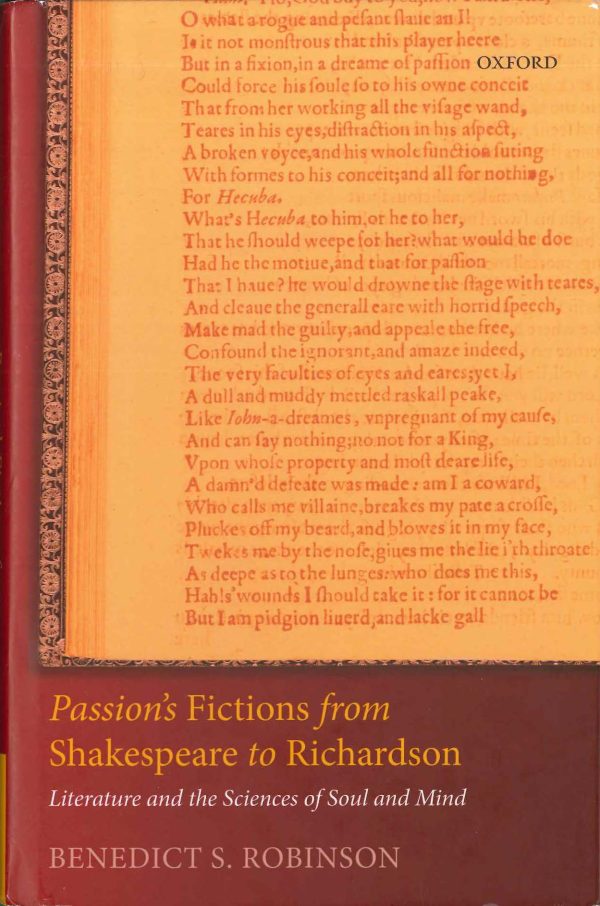 Passion’s Fictions traces the intimate links between literature and the sciences of soul and mind from the age of Shakespeare to the rise of the novel. It chronicles the emergence of new sciences of the passions between the sixteenth and eighteenth centuries out of and in some ways against a received “science of the soul,” and it argues that this history was shaped by rhetoric, which contained the most extensively particularized discourse on the passions, offering principles for moving and affecting the passions of others in concrete social scenes. This rhetoric of the passions centered on narrative as the instrument of a non-theoretical knowledge of the passions in their particularity, predicated on an account of passion as an intimate relation between an empassioned mind and an empassioning world: rhetoric offers a kind of externalist psychology, formalized in the relation of passion to action and underwriting an account of narrative as a means of both moving passion and knowing it. This book describes the psychology of the passions before the discipline of psychology, tracing the influence of rhetoric on theories of the passions from Francis Bacon to Adam Smith and using that history to read literary works by Shakespeare, Milton, Haywood, Richardson, and others. Narrative offers a means of knowing and moving the passions by tracing them to the events and objects that generate them; the history of narrative practices is thus a key part of the history of the psychology of the passions at a critical moment in its development.