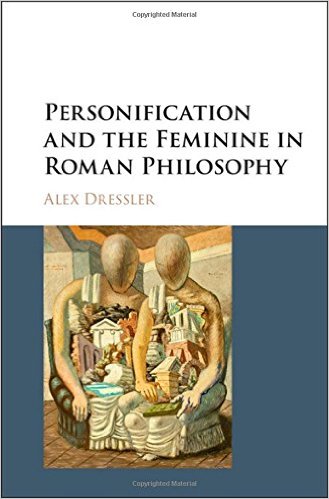 Synopsis:
While the central ideal of Roman philosophy exemplified by Lucretius, Cicero and Seneca appears to be the masculine values of self-sufficiency and domination, this book argues, through close attention to metaphor and figures, that the Romans also recognized, as constitutive parts of human experience, what for them were feminine concepts such as embodiment, vulnerability and dependency. Expressed especially in the personification of grammatically feminine nouns such as Nature and Philosophy ‘herself’, the Roman’s recognition of this private ‘feminine’ part of himself presents a contrast with his acknowledged, public self and challenges the common philosophical narrative of the emergence of subjectivity and individuality with modernity. To meet this challenge, Alex Dressler offers both theoretical exposition and case studies, developing robust typologies of personification and personhood that will be useable for a variety of subjects beyond classics, including rhetoric, comparative literature, gender studies, political theory and the history of ideas.