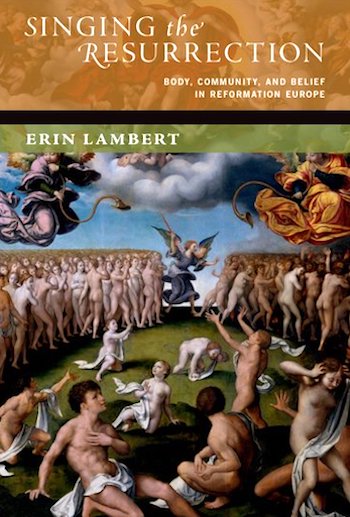 Synopsis:
Singing the Resurrection brings music to the foreground of Reformation studies, as author Erin Lambert explores song as a primary mode for the expression of belief among ordinary Europeans in the sixteenth century, for the embodiment of individual piety, and the creation of new communities of belief. Together, resurrection and song reveal how sixteenth-century Christians–from learned theologians to ordinary artisans, and Anabaptist martyrs to Reformed Christians facing exile–defined belief not merely as an assertion or affirmation but as a continuous, living practice. Thus these voices, raised in song, tell a story of the Reformation that reaches far beyond the transformation from one community of faith to many. With case studies drawn from each of the major confessions of the Reformation–Lutheran, Anabaptist, Reformed, and Catholic–Singing the Resurrection reveals sixteenth-century belief in its full complexity.