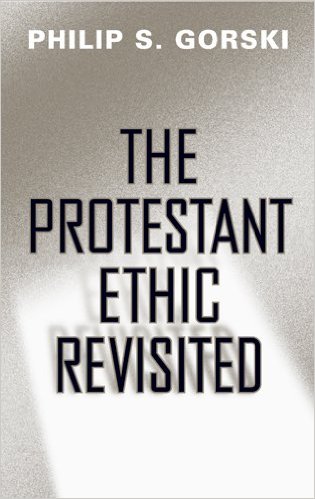 Synopsis:
In The Protestant Ethic Revisited, the historical sociologist Philip Gorski returns to the overarching theme that animated Max Weber’s life work—namely, how the Christian West was reshaped by world-changing energies of the Calvinist movement. Gorski not only considers the perennial debate about religion and capitalism; he also devotes particular attention to the influence of Calvinism on the political development of the West—that is, the formation of strong states, the crystallization of national identities, the ignition of revolutions, and the advent of secularized politics.

The Protestant Ethic Revisited is a masterful new collection of Gorski’s essays on religion and comparative historical sociology that includes both classic works and previously unpublished materials. Reflecting the aim of much of Gorski’s work, this anthology reveals what we think of as fixed ideas about nationalism, secularism, politics, and religion in public life as either older-or less stable-concepts than previously thought.