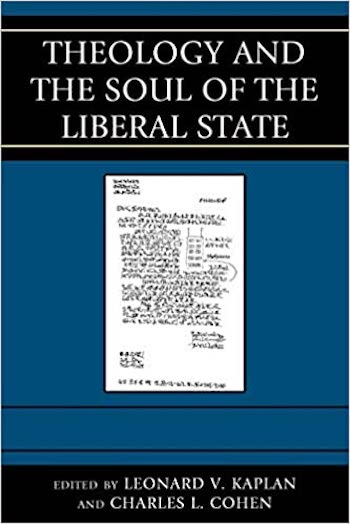 Rising calls in both the United States and abroad for theologizing national agendas have renewed examinations about whether liberal states can accommodate such programs without either endangering citizens’ rights or trivializing religious concerns. Conventional wisdom suggests that theology is necessarily unfriendly to the liberal state, but neither philosophical analysis nor empirical argument has convincingly established that conclusion. Examining the problem from a variety of perspectives including law, philosophy, history, political theory, and religious studies, the essays in Theology and the Soul of the Liberal State suggest the possibilities for and limits on what theological reflection might contribute to liberal polities across the globe.

Theology and the Soul of the Liberal State develops these issues under five headings. Part One explores “The Nature of Religious Argument” as it can inflect discussions of public policy, political theory, jurisprudence, and education. Part Two, “Theologies of the Marketplace,” notes that theology can by turns be highly critical, neutral, or even inordinately supportive of market operations. Part Three, “European Perspectives,” reviews and develops arguments from Abraham Kuyper, Karl Barth, and French post-modernists concerning how one might integrate theological discourse into the public sphere. Part Four offers Israel, Pakistan and Tibet as “Asian Perspectives” on how theology may comport with liberalism in recently created states (or, in the last case, a diasporic government-in-exile) where powerful religious constituencies make “secular” civil action extremely problematic. Finally, Part V, “Religion and Terror,” probes the vexed relationship between conceptions of divine and human justice, where the imperatives of theology and state confront each other most nakedly. Collectively, Theology and the Soul of the Liberal State suggests that the liberal state cannot keep theology out of public discourse and may even benefit from its intervention.