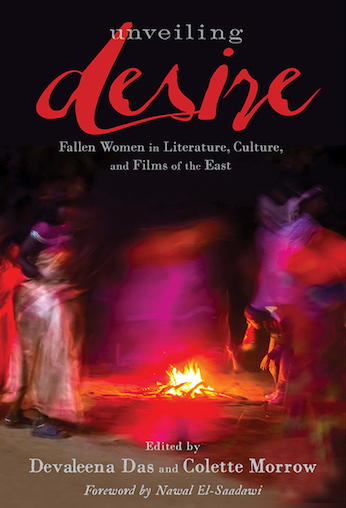 Synopsis:
In Unveiling Desire, Devaleena Das and Colette Morrow show that the duality of the fallen/saved woman is as prevalent in Eastern culture as it is in the West, specifically in literature and films. Using examples from the Middle to Far East, including Iran, India, Pakistan, Bangladesh, Thailand, Japan, and China, this anthology challenges the fascination with Eastern women as passive, abject, or sexually exotic, but also resists the temptation to then focus on the veil, geisha, sati, or Muslim women’s oppression without exploring Eastern women’s sexuality beyond these contexts. The chapters cover instead mind/body sexual politics, patriarchal cultural constructs, the anatomy of sex and power in relation to myth and culture, denigration of female anatomy, and gender performativity. From Persepolis to Bollywood, and from fairy tales to crime fiction, the contributors to Unveiling Desire show how the struggle for women’s liberation is truly global