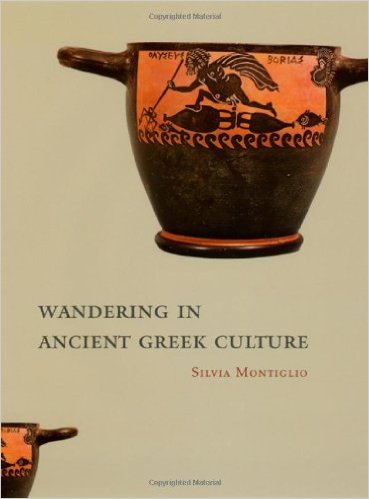 Synopsis:
From the Archaic period to the Greco-Roman age, the figure of the wanderer held great significance in ancient Greece. In the first comprehensive study devoted to this theme, Wandering in Ancient Greek Culture unearths the many meanings attached to this practice over the centuries. Employing a broad range of literary and philosophical texts, Silvia Montiglio demonstrates how wandering has been conceptualized from Homer’s Odysseus—the hero “who wandered much”—in the eighth century BCE to pagan sages of the early Roman Empire such as Saint John the Baptist in the first century AD.

Attitudes toward wandering have evolved in accordance with cultural perspectives, causing some characterizations to persist while others have faded. For instance, the status of wanderers in Greek societies varied from outcasts and madmen to sages, who were recognized as mystical, even divine. Examining the act of wandering through many lenses, Wandering in Ancient Greek Culture shows how the transformation of the wanderer coincided with new perceptions of the world and of travel and invites us to consider its definition and import today.