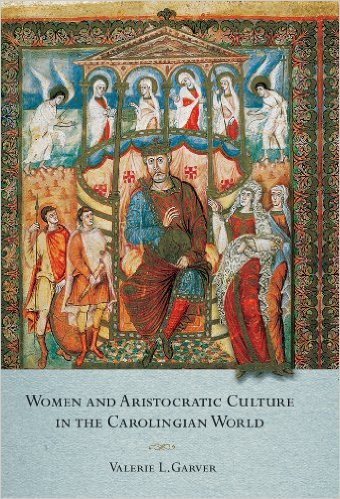 Synopsis:
Despite the wealth of scholarship in recent decades on medieval women, we still know much less about the experiences of women in the early Middle Ages than we do about those in later centuries. In Women and Aristocratic Culture in the Carolingian World, Valerie L. Garver offers a fresh appraisal of the cultural and social history of eighth- and ninth-century women. Examining changes in women’s lives and in the ways others perceived women during the early Middle Ages, she shows that lay and religious women, despite their legal and social constrictions, played integral roles in Carolingian society.

Garver’s innovative book employs an especially wide range of sources, both textual and material, which she uses to construct a more complex and nuanced impression of aristocratic women than we’ve seen before. She looks at the importance of female beauty and adornment; the family and the construction of identities and collective memory; education and moral exemplarity; wealth, hospitality and domestic management; textile work, and the lifecycle of elite Carolingian women.