American Blitzkrieg or Ecological Indian?: A Whodunit Mystery 12,000 Years in the Making 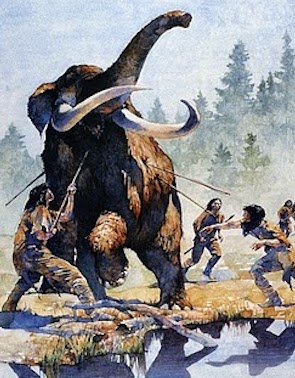 Approximately 12,000 years ago, North America’s megafauna went extinct. Scientists originally ascribed the extinction of species like the giant beaver, mastodon, and mammoth to changes in the climate, claiming that these and other species had not been able to survive the last glacial period. By the middle of the twentieth century, paleoecologists argued that climatic explanations were unsatisfactory. Instead, human hunting had wiped out these species. As this explanation hardened into a theory of extinction that strongly implicated Paleo-Indians, Native American activists argued that their ancestors were not the blood-thirsty savages that the “overkill” hypothesis implied. Instead, Native American thinkers pointed back to climatic explanations, which closely matched Native American oral traditions. In this talk, I will examine the various explanations for the Pleistocene extinctions, exploring the different methods used to study ecological and human history. Doing so will reveal the interplay between different systems of knowledge and the contested nature of scientific and mythological evidence, as well as their implications for social and cultural understandings of what it means to be human.

Melissa Charenko is a PhD Candidate in the History of Science at the University of Wisconsin-Madison. Her research explores the development of ecological ideas and techniques used to understand the changing dynamics of human-environment interactions over the last 12,000 years.