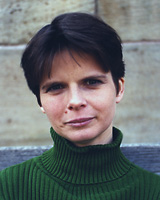 The seminar proposes that early-twentieth-century authors Thomas Mann and Franz Kafka and artists Christian Schad and Egon Schiele created characters intended to upset bourgeois notions of gender, desire, and sexuality. At a time of far-reaching changes in male and female social roles and sexual politics, these authors and artists presented the body as the site of a reevaluation of gender roles and of the organization of desire, subverting and eventually transcending traditional bourgeois structures. As Kafka and Schiele focus on the physical dimension of relationships, they make the human body the site of struggles for dominance. In their works, the demise of a clear-cut gender matrix leads to instability in the traditional social hierarchies that organize the access to bodies, revealing gender merely as a construct regulating the distribution of power within society. As Mann and Schad work toward collapsing the traditional notions of masculinity and femininity and experiment with forms of corporeal desire that are no longer organized along gendered structures, they present the body as the place where the gender category can be overcome.

Esther Bauer is a UW Systems Fellow at the Institute for Research in the Humanities. She received her Ph.D. in German Literature from Yale University. She is currently on leave from the University of Wisconsin-Stevens Point, where she is an Assistant Professor of German. At the Institute, she is working on a book manuscript entitled “Bodily Desire – Desired Bodies: Gender and Desire in Early Twentieth-Century Novels and Paintings.” Her area of specialization is German literature and culture since the mid-nineteenth century, and her research focuses on questions of subjectivity, gender, desire, and visualizations of bodies. She has published and presented on writers Thomas Mann, Franz Kafka, Vicki Baum, and Judith Hermann, and on painters Egon Schiele and Christian Schad.