Book Publishing in the Humanities of Today 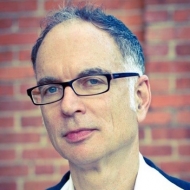 PLEASE NOTE: this workshop is open to graduate students, faculty, and academic staff. Registration is required: rsvp@humanities.wisc.edu. The reservation deadline is 12:00pm on Wednesday, October 5.

Join us for a discussion of the state of academic publishing in the humanities and the process of working with a university press—from project to proposal to publication. The workshop will include a presentation from Ken Wissoker (Duke University Press and CUNY), who will talk about writing first and subsequent scholarly books at a time of significant changes in the academy, in publishing, and in the ways ideas circulate. Moderated by Susan Stanford Friedman.

Sponsored by the UW-Madison Institute for Research in the Humanities and Center for the Humanities. Space is limited. Registration is required. RSVP to rsvp@humanities.wisc.edu.

Ken Wissoker is the Editorial Director of Duke University Press, acquiring books in anthropology, cultural studies and social theory; globalization and post-colonial theory; Asian, African, and American studies; music, film and television; race, gender and sexuality; science studies; and other areas in the humanities, social sciences, media, and the arts. He joined the Press as an Acquisitions Editor in 1991; became Editor-in-Chief in 1997; and was named Editorial Director in 2005. In 2014, in addition to his duties at the Press, he became Director of Intellectual Publics at the CUNY Graduate Center in New York City. He has published more than 900 books which have won over 100 prizes, and has contributed to the Cinema Journal, Chronicle of Higher Education, and Prof. Hacker.

Moderated by Susan Stanford Friedman, Director of the Institute for Research in the Humanities, Hilldale Professor in the Humanities, and Virginia Woolf Professor of English and Gender & Women’s Studies at UW-Madison. Her most recent book is Planetary Modernisms: Provocations on Modernity Across Time from Columbia University Press in August 2015.