Catechisms and the Construction of the Reformation 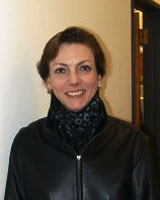 In the sixteenth century, the world as Europeans knew it spun apart. Christian divided from Christian, sundering families, towns, and kingdoms. In the wake of that loss, individual pastors wrote catechisms, seeking to teach their readers through the new medium of print an understanding of “religion” that would be portable in the harrowing displacements of expulsion and exile, intimate in a world of increasing surveillance, and inseparable from one’s person. That understanding of religion has shaped western conceptions of “religion” to this day.