Chaining: Theorizing African American Representations of Person and Past 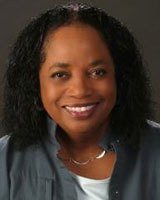 In this talk, I am using a term, chaining, to signify the tight links, but open spaces in conceptualizing and articulating person and in recollecting and representing past in a grouping of African American texts, such as Incidents in the Life of a Slave Girl by Harriet Jacobs, Cane by Jean Toomer, Jazz by Toni Morrison, Magic City by Yusef Komunyakaa, and The Intuitionist by Colson Whitehead. Chaining is an active way of constructing the working of space in the African American imaginary. The links form connective tissue carrying ideas both forward and backward along a time-space continuum, and the open space within each link forms the contained and shaped ideas that are pushed or pulled along with the motion of the links, or that remain static when the links are unmoving and stable. Within the structure of the chain, within the openings between the metal pieces functioning as fastenings and as restrictive bondage, there is what I am calling “black space,” encircled and partly determined in terms of referential shape by being enclosed, yet at the same time open and operative. This encircled opening is the part of the chain that is overlooked, ignored, obscured, because like air it is essential, crucial, and necessary, but unobtrusive and unseen. I derive black space from conceptualizing chaining and its three dimensionality as organic to a mechanism that touches the body, that is intimate and portable, moving with the body and reverberating with a multiplicity of bodies and bodily experiences, both material and psychological, and that carries through the tangible representation of the public past a wider or broader access to the multiple and vexed aspects of black life in the United States.

Davis‘s teaching areas include African American literature and Southern literature with an emphasis on issues of race, region, and gender. Her research interests are interdisciplinary: geography and African American writers; photography and Southern women; film and literary modernism; visual culture and the Harlem Renaissance; civil rights law and narrative fiction. Active in American Studies and Southern Studies, she has taught and lectured in Europe and Asia; most recently, she delivered papers in Tokyo, Japan, at Chuo University and at International Faulkner Symposium, sponsored by the Faulkner Society of Japan. As the Walt Whitman Chair in American Civilization, a Fulbright Distinguished Chair, at the University of Leiden in the Netherlands, she participated in American Studies programs throughout Western and Central Europe. She has also held tenured professorships at the University of North Carolina, Chapel Hill, Brown University, and Vanderbilt University where she was the Gertrude Conaway Vanderbilt Professor of English. Invested in contemporary archival work, she has been a fellow at the Newberry Library in Chicago, the Cullman Center for Scholars and Writers at the New York Public Library, and the Huntington Library in California where she held the R. Stanton Avery Distinguished Fellowship.