Ecological Imperialism Revisited: Entanglements of Disease, Commerce, and Knowledge in a Global World 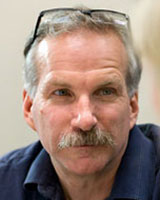 Forty years ago, in The Columbian Exchange, and a few years later, in Plagues and Peoples, Alfred Crosby and William McNeill advanced grand historical narratives on a global scale driven by the movement of plants, people, and parasites across space and time. The appearance of disease as an agent of empire in the writing of global environmental histories is deeply entangled with ecological and evolutionary understandings of disease that emerged in the service of capital in the early twentieth century. In his talk, Mitman examines how American military and industrial expansion overseas—witnessed firsthand by doctors in the American occupation of the Philippines, on the coffee plantations of the United Fruit Company, in the trenches of the Great War, and on the rubber plantations of Firestone in Liberia—helped bring into being new views of nature and nation that would, in turn, become the scientific foundation upon which later historical narratives of ecological imperialism relied.

Gregg Mitman‘s teaching and writing interests span the history of ecology, nature, and health in American culture, and are informed by a commitment and hope to build a more equitable and just environment. Reaching across the fields of environmental history, the history of science and medicine, and the visual culture of science, his research seeks to understand the ways in which political economy, cultural values and beliefs, and scientific knowledge intersect in shaping the interactions between people and environments over time. He served as the founding director of the Nelson Institute’s Center for Culture, History and Environment, and is also curator of Madison’s popular environmental film festival, Tales from Planet Earth. His current research explores the role of science and medicine in America’s changing relationship to the tropical world through the lens of the Firestone Plantations Company in Liberia.