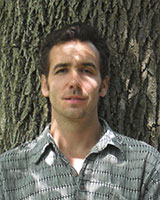 Much is being made of a dramatic resurgence in the political influence of religion the world over. Contrary to claims that modernization would lead to the disenchantment of social life, religion is being recognized as a continuing and increasingly significant domain of politics and public life. Yet beyond the Western context, some scholars argue that the very notion of religion is either inapplicable or laden with a view of the religious as “not quite modern.” Others argue that globalization is bringing about the “disassociation” of religion from culture.

In this talk I engage with these debates over the nature of religion in contemporary life by highlighting the efforts of certain members of a transnational minority, the Akha, to invent ‘religion’ as a fundamental means of promoting unity among their roughly 700,000 members. I argue that their profoundly ‘religious’ and yet ‘modern’ reworkings of Akhaness complicate claims that modernization entails the disenchantment of social life. Rather, in this particular case, the ‘religious’ and ‘secular’ aspects of social life are more dynamic and interrelated than static and in opposition.

Micah Morton is a Charlotte W. Newcombe Doctoral Dissertation Fellow and Ph.D. candidate in the department of anthropology at the University of Wisconsin-Madison. His research focuses on the anthropology of religion and transborder studies. He has received funding for various stages of his dissertation in the form of a Charlotte W. Newcombe Doctoral Dissertation Fellowship, Wenner-Gren Dissertation Fieldwork Grant, and Fulbright IIE Fellowship. He received a B.S. in biology with a minor in cultural ecology from Juniata College and an M.A. in anthropology from the University of Hawai’i at Manoa.