Encounters in Qraiyeh: Imperial Ideology and French Industry in a Lebanese Village, 1900-1930 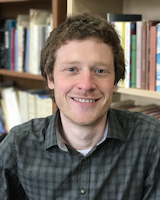 The history of European imperialism in the Middle East tends to follow a familiar script: competing powers developed “spheres of influence” within the late-stage Ottoman Empire, furthering economic interests and building on national traditions of religious alliance and cultural association, before establishing formal colonial regimes after the First World War. The historic ties between France and Lebanon seem to exemplify this model, as commercial and political involvement followed from a legacy of French protection of Lebanese Christians allegedly dating back to the Crusades. But how did these idealized bonds appear on the ground, in interactions between individual French and Lebanese men and women, and at sites of supposed national interests and imperial influence? What tensions arose between languages of sentiment, imperatives of production, and structures of Orientalist knowledge? By analyzing everyday conflicts at a French silk factory and orphanage complex in early twentieth-century Mount Lebanon, this talk reassesses the formation of modern imperial ideologies, arguing in the process for a shift in scale in approaching questions of formal and informal colonial regimes.

John Boonstra is a Ph.D. Candidate in the Department of History at UW-Madison. His work focuses on sites of late nineteenth- and early twentieth-century European colonial encounters, particularly in ambiguously imperial contexts. Research for his dissertation has been supported by a Social Science Research Council IDRF, a Fulbright Fellowship, and the Mellon Foundation, among other sources. His teaching interests include European gender and colonial history and the modern Mediterranean. He received a BA with High Honors from Swarthmore College in 2007, and an MA in History from UW-Madison in 2012. An article based on previous research recently appeared in the December 2015 issue of German History. He is currently working on his dissertation, “A Mandate to Protect: Imperial Encounters and Affective Ideologies between France and Lebanon, 1900-1930.”