Feudal Remnants and the Idea of Class in Modern Japan 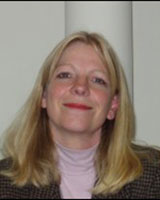 Class talk is a ubiquitous part of contemporary political debate in Japan, with harsh words for the pernicious impact of the “income gap society” and a sense of urgency to protect a vanishing “middle class.” The unraveling of the Japanese dream of middle class consumerism raises questions about what it means to be “middle class” and where this dream comes from in the first place. This seminar tracks the rise of ideas of class from the 1870s, when a series of legal reforms dismantled the feudal status system and provided the grounds for new languages of class to emerge; through to the 1920s, when political theorists hailed the “new middle class” as the vanguard of the movement for universal suffrage and the key to Japan’s future. In between these two points in time, as they mapped and re-mapped their social world, journalists, novelists, social activists, and scholars fought over which groups promised to usher in a new age and which composed vestiges of a corrupt and degenerate feudal order. I explore ways the discourse on semi-feudalism and the feudal remnant helped infuse the idea of “middle class” with an ideology of progress, plenty, and democratization: in short the “Japanese dream.”

Louise Young is a Professor of History at UW-Madison and is affiliated with the Center for East Asian Studies, where she served as director from 2005-2008. As a historian of modern Japan, her successive major research projects have focused on the relationship between culture and empire, urban modernism between the wars, and most recently, sociology and social policy. She is the author of Japan’s Total Empire: Manchuria and the Culture of Wartime Imperialism(University of California Press, 1998; winner of John K. Fairbank and Hiromi Arisawa prizes and a Choice Outstanding Academic Book) and Beyond the Metropolis: Second Cities and Modern Life in Interwar Japan (University of California Press, 2013). Young spent time as a visiting researcher at Tokyo University, Waseda University, and Kyoto University and conducted research at multiple local archives in Japan, with support from the Fulbright Foundation, Social Science Research Council, the National Endowment for Humanities, among other sources. With a B.A. from UW-Madison and a Ph.D. from Columbia University, Young held appointments at Georgetown University and New York University before joining the UW-Madison faculty in 2003. She is at work on a project entitled “Sociology and the ‘Social Question’ in Prewar Japan.”