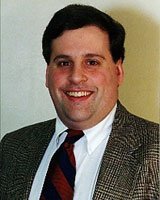 The seminar examines two types of sources, forgery and historical writings, and discusses the relationship between them in Europe circa 900-1200 and argues that both empirical and postmodern textualist approaches are necessary and important for understanding them. The paper also discusses the relationship of modernist historical science to the interpretation of forgeries and medieval historical writings around three contested issues: the question of intention/pious fraud, the nature of proof, especially documentary evidence, and historical narratives as distinct from literary ones.

Robert F. Berkhofer III is an associate professor of medieval history at Western Michigan University in Kalamazoo. His work focusses on northwestern Europe, particularly France, England, and the Low Countries in the period from ca. 900 to 1250. He is the author of Day of Reckoning: Power and Accountability in Medieval France (University of Pennsylvania Press, 2004) and the co-editor of The Experience of Power in Medieval Europe, 950-1350 (Ashgate Publishing, 2005). From 2001 to 2006 he was co-editor of The Medieval Review, an electronic book review journal for all fields of Medieval Studies with more than 2500 subscribers. Berkhofer, who earned his Ph.D. at Harvard University, has received support for his current project from the American Philosophical Society and the Institute of Historical Research in London.