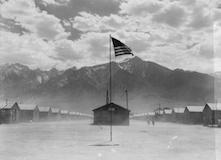 Timothy Yu is professor of English and Asian American studies at the University of Wisconsin-Madison.  He is the author of Race and the Avant-Garde: Experimental and Asian American Poetry since 1965 (Stanford UP, 2009), which won the Book Award in Literary Studies from the Association for Asian American Studies, and the editor of Nests and Strangers: On Asian American Women Poets (Kelsey Street, 2015).  He is also the author of a collection of poetry, 100 Chinese Silences (Les Figues Press, 2016).  His writing has recently appeared in the New York Times Magazine, The New Republic, and Poetry.  He has served as director of the Asian American Studies Program at UW-Madison and as editor for Contemporary Literature.