How to Live Safely in a Science Fictional Universe: An Evening with Writer Charles Yu 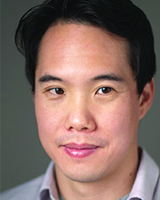 What do cowboy robots, hapless yeomen, time machine repairmen, and third class superheroes have in common?

They all issue from the imagination of Charles Yu. Charles Yu is the author of How to Live Safely in a Science Fictional Universe, which was named one of the best books of the year by Time magazine. He received the National Book Foundation’s 5 Under 35 Award for his story collection Third Class Superhero, and was a finalist for the PEN Center USA Literary Award. His work has been published in The New York Times and Slate, among other periodicals. He is currently a screenwriter for HBO’s Westworld.

Presented as part of the Burdick-Vary Lecture Series Asian Americans and the Pleasures of Fantasy.