“I are citizens of the Halles”: Forging Citizenship in the Marketplace during the French Revolution 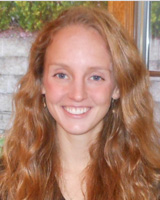 Historians, political scientists, and philosophers rightly emphasize how the French Revolution created a foundation for democracy in Europe. However, some scholars point to the Revolution’s potentially dark underbelly – the revolutionaries legally cast citizenship as male by denying women the right to vote and banishing them from political clubs. However, if we only consider the institutional attributes of citizenship, we project our current definitions on the revolutionary model. In doing so, we miss the opportunity to probe the myriad ways revolutionaries conceptualized citizenship in its embryonic stages, many of which belied its legal gendered divisions.

This paper takes the Dames des Halles, Parisian market women, as a case study. From the outset of the Revolution, the Parisian marketplace and the female merchants who worked there drove politics in new directions. While they are best known for their leading role in bringing the king to Paris during the October Days, the Dames des Halles continually demonstrated in the streets, boldly intervened in the assembly halls, and asserted their vision of a regenerated nation. This paper argues that the Dames remained unfazed by the gendered visions of legal citizenship specifically because they did not view their sovereignty primarily through gendered markers. Rather, the Dames frequently referenced how their commerce benefited public utility and how their autonomous work supported the social body. The Dames linked themselves to the nation as citizen-workers. They imagined that they earned citizenship through societal engagement. For them, legitimacy did not stem from an a priori right. The Dames portrayed their commercial endeavors, political interventions, and familial obligations as civic work that granted them political membership. The Dames’ attitudes towards their work can nuance our understanding of nascent citizenship at the cusp of modern democracy.

Katie Jarvis is an ACLS Residency Fellow and a Ph.D. Candidate in European History at the University of Wisconsin-Madison. Her research focuses on popular politics, broadly conceived, during the French Revolution. She is especially interested in the intersection of social and cultural history, as well as gender history. Her dissertation research has been funded by a Mellon/American Council of Learned Societies Dissertation Completion Fellowship, a Fulbright Grant, a Council for European Studies/Mellon Foundation Pre-Dissertation Research Fellowship, the Society for French Historical Studies, L’Institut Français d’Amérique, La Société des Professeurs Français et Francophones d’Amérique, the Western Association of Women Historians, Phi Alpha Theta, and the UW Department of History. She also collaborates on the international workgroup “Genre et Classes Populaires” to foster dialogue across national and disciplinary boundaries. She received a B.A. in History from Boston College and an M.A. in European History from UW-Madison.