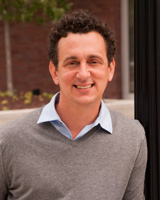 This presentation examines a controversy that arose in West Bend, WI, over the local school board’s resistance to students’ efforts to gain official recognition for a local chapter of the Gay Straight Alliance, a national network of student groups dedicated to creating welcoming environments for students of all sexual orientations and background. Faced with an application for official recognition in spring 2011, the school board initially rejected the group, then reversed its decision after lawyers for the GSA filed a discrimination suit in federal court. In my analysis, I argue that the GSA controversy pressed a tension in the ideology of school-board members between their fiscal and social conservatism. The threat of losing the lawsuit and having to pay their attorneys’ fees as well as the fees of the GSA’s attorneys challenged their fiscal conservatism, especially when two sets of attorneys advised the board that the GSA likely would prevail in court. The GSA’s composition and mission threatened the social and religious conservatism as well as the heteronormative notions of family and society held by many board members. GSA advocates and allies enacted a counterpublicity—a contesting mode of engagement—that pressed this tension, exposing its faults and calling some members of the board and community on their homophobia and discriminatory policies. Their counterpublicity engaged the prevailing ideology articulated by many board members, refiguring it and opening spaces for critical reflection. In doing so, GSA advocates achieved recognition for their members and others.

Robert Asen is a resident fellow at the Institute for Research in the Humanities and a professor in the Department of Communication Arts at the University of Wisconsin-Madison. Asen conducts research and teaches in the areas of public policy debate, public sphere studies, and rhetoric and critical theory. His research explores relationships between social and economic inequality and public deliberation as well as issues that arise in theorizing a post bourgeois public sphere. Asen is the author of Invoking the Visible Hand (Michigan State University Press, 2009) and Visions of Poverty (Michigan State University Press, 2002). Asen has also co-edited two books (with Daniel C. Brouwer), Public Modalities (University of Alabama Press, 2009) and Counterpublics and the State (SUNY Press, 2001).