If We Must Die: African Americans’ Fight in the Race of War of 1919 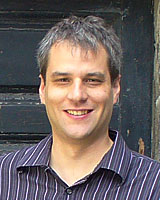 If We Must Die is a book in progress about the widespread antiblack collective violence (race riots and lynchings) which engulfed the United States following World War I. It examines these race riots and lynchings from the perspective of African Americans, with special attention to their self-defense measures and armed resistance to white mob attacks. I’m especially interested in how black veterans contributed to this resistance and helped build the “New Negro” identity of the interwar period.

David Krugler is Professor of History at the University of Wisconsin-Platteville, where he has taught since completing his Ph.D. at the University of Illinois at Urbana-Champaign in 1997. A historian of the modern United States, his research interests include Cold War propaganda, civil defense, and continuity of government, and race relations. He is the author of The Voice of America and the Domestic Propaganda Battles, 1945-1953 (University of Missouri Press, 2000) and This Is Only a Test: How Washington, D.C., Prepared for Nuclear War (Palgrave Macmillan, 2006). Currently, he is writing a book on racial conflict in the United States in 1919. Krugler frequently serves as a faculty leader for teacher education programs at the Newberry Library in Chicago, Illinois. He is the past recipient of research grants and fellowships from the National Endowment for the Humanities, the Organization of American Historians, the White House Historical Association, and the UW System Institute on Race and Ethnicity.