Incarcerated Writers and the Justice of Incarceration 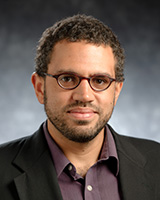 It is not only activists and public intellectuals who are concerned about the injustice of mass incarceration in the United States. Incarcerated men and women have examined the “justice” of the American criminal justice system as well, often through memoir. Incarcerated writers do intellectual work, advancing understandings of justice that run counter to the justice system incarcerating them. Further, incarcerated writers often structure their writing using religious themes, such as sin, guilt, and redemption. Reading together the religion and politics implicit in prison memoirs, I argue that a dramatic shift took place in this genre over the past half century. Expansive visions of social justice have contracted into tales of personal suffering and redemption.

Vincent Lloyd is Assistant Professor of Religion at Syracuse University. His research focuses on the intersection of religion, politics, and race, drawing on the resources of critical theory. Lloyd has written The Problem with Grace: Reconfiguring Political Theology and Black Natural Law: Beyond Secularism and Multiculturalism (forthcoming), and he has edited or co-edited the books Race and Political Theology, Sainthood and Race, and Race and Secularism in America. He edits the journal Political Theology. Lloyd has held fellowships from Emory’s James Weldon Johnson Institute for the Study of Race and Difference, the Notre Dame Institute for Advanced Study, and the American Council of Learned Societies. He is at work on a project entitled “Religion and Mass Incarceration.”