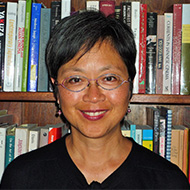 Professor of Anthropology, University of Hawaii

Pink globalization, the spread of cute goods from Japan to other parts of the world, has been a stronghold of consumption in various parts of the industrial world in the late 20th and early 21st centuries, particularly with Hello Kitty as its mascot. The Japanese icon that has gone global represents some of the most far-reaching aspects of kawaii (cute) soft power, creating what Yano calls an “empire of cute” that references the character’s global reach, as well as her broad power as a national (Japan) and ethnic (Asian American) icon. This presentation addresses ways by which kawaii (cute) presents a fraught regime in its infantilized familiarity, its unthreatening nature, and its “demand for care.” The critics’ voices rise from their own collective demographic of originary fans – Asian-American, female — to complicate the picture. In short, the critics decry the stereotype that lives in part through the putative persistence of Hello Kitties in their midst, reinforced by the sexual politics of multicultural America.

Christine R. Yano, Professor of Anthropology at the University of Hawaii, has conducted research on Japan and Japanese Americans with a focus on popular culture.  Her publications include Tears of Longing: Nostalgia and the Nation in Japanese Popular Song (Harvard, 2002), Crowning the Nice Girl; Gender, Ethnicity, and Culture in Hawaii’s Cherry Blossom Festival (Hawaii, 2006),Airborne Dreams: “Nisei” Stewardesses and Pan American World Airways (Duke, 2011), and Pink Globalization: Hello Kitty and its Trek Across the Pacific (Duke, 2013). She curated a major exhibition at the Japanese American National Museum in Los Angeles, “Hello!  Exploring the Supercute World of Hello Kitty,” which ran from 2014 to 2015, and continues to travel.  During 2014-2015, she served as Visiting Professor of Anthropology at Harvard University, resulting in a book project with Asian American undergraduates there entitled Straight A’s: Asian American Academic Achievement.

Presented in partnership with the Burdick-Vary Lecture Series: Asian Americans and the Pleasures of Fantasy.