Limits of Racebending in the Struggle for Asian American Representation 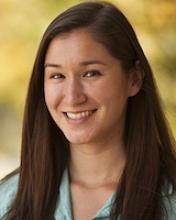 Studies of fandom and fan culture have always centered on the complex feelings of fascination and frustration that motivate audiences.  When we consider the way that race is represented in beloved texts, there are clearly political consequences to these emotional connections.  But what about texts that are ambiguously racialized, such as cartoons and animated imagery?  How have fans of animated worlds been able to convert their racialized fandoms into political actions, and what does this engagement with “racebending” reveal about race and the media?  This talk explores the fan-activism surrounding The Last Airbender and connects it to the broader politics of Asian American representation.

Lori Kido Lopez is Assistant Professor of Media and Cultural Studies in the Communication Arts Department at the University of Wisconsin-Madison. She is also an affiliate of the Asian American Studies Program and the Gender and Women’s Studies Department.  She is the author of Asian American Media Activism: Fighting for Cultural Citizenship(2016, NYU), and co-editor of the forthcoming Routledge Companion to Asian American Media.  She is the founder of the national Race & Media Conference and was a recipient of the Outstanding Women of Color Award in 2015.

Light refreshments will be provided. Free and Open to the Public. Presented as part of the Burdick-Vary Lecture Series Asian Americans and the Pleasures of Fantasy.