Machiavelli’s Discourses and the Tragedy of Two Imperial Republics 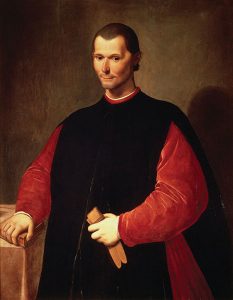 Rome was at the center of Machiavelli’s historical imagination. This is the case not only in his most (in)famous book, The Prince, but also in his less (in)famous book, the Discourses on Livy. Drawing on the Rome he encountered in the first ten books of Livy’s History of Rome, Machiavelli argued that we are better off living under republics than princes and that liberty is a key good. Yet within this same book, he also argues for the synthesis of two concepts typically thought to be incompatible by republican writers, both past and present – republic and empire – and seems to be an avid supporter of imperialism. How are we to make sense of his paradoxical attachment to both republic and empire? I argue that making sense of this puzzle requires us to delve into Machiavelli’s deep ambiguity toward empire, an ambiguity no less relevant today than it was 500 years ago.