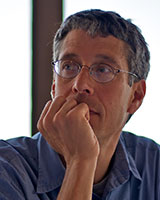 A look at the way in which the medieval Jewish philosopher Maimonides explains the workings of divine providence, and especially how the virtuous person might be able to escape the slings and arrows of outrageous fortune. We will focus on a particularly troublesome passage that has baffled commentators since the 12th century.