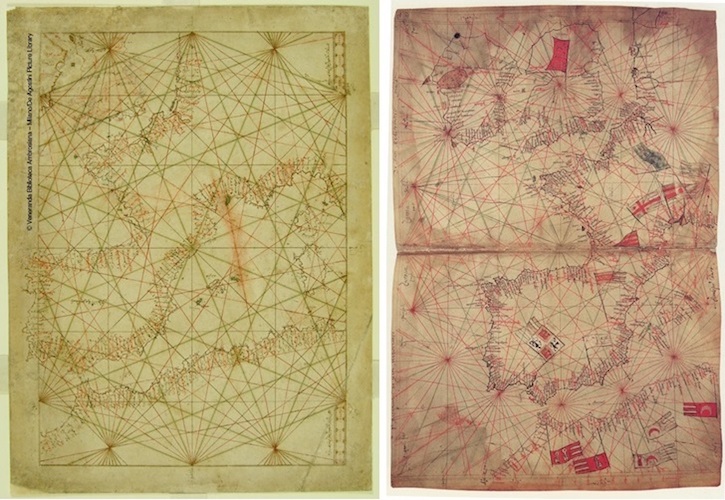 Mapping Mediterranean Geographies is a study of the cultural encounter between Muslim and Christian inhabitants of the Mediterranean basin between the twelfth and sixteenth century. It approaches this subject from the vantage point of the circulation, transmission, and reception of geographical knowledge between Muslim and Christian geographical writers and cartographers who dwelled along the shores of the sea. The project begins with an acknowledgement of difference across the Mediterranean: geographical knowledge of the world and ways of representing it differed greatly between the Islamic world and western Europe. Based on Arabic, Latin, and Romance sources, my research asks how these disparate knowledges crossed the Mediterranean and explores the ways in which geographers and cartographers received this ‘imported’ knowledge and incorporated it into their own descriptions and maps of the world. Through the lens of geography and cartography, this project assesses the different ways in which Muslim and Christian inhabitants of the Mediterranean understood their world and how cross-cultural exchange and reception of new knowledge altered those conceptions.

Jeremy Ledger received his Ph.D. in history from the University of Michigan in 2016. His research and writing center on the social, cultural, and intellectual history of interfaith relations in the medieval and early modern Mediterranean. He is currently working on a book project entitled Mapping Mediterranean Geographies that explores how Muslim and Christian inhabitants of the western and central Mediterranean constructed the cosmos, globe, space, self, and others in geographical writing, cartography, and travelogues. His research has been supported by grants from the Fulbright IIE, the Council of American Overseas Research Centers, Fulbright Hays, the Andrew W. Mellon Foundation, and the American Institute for Maghrib Studies.