Martial Arts: Cultural Interactions between the Civil and Military in Ming China 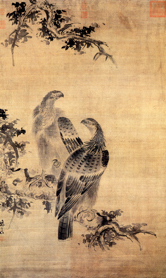 Scholarship on art collecting, art production and the broader world of elite cultural practices during the Ming dynasty has focused on the role that wealth and social status has played in the formation of taste and style, and the ways that anxieties about fluidity in social boundaries in the late Ming led to more vocal attempts to distinguish those who possessed “genuine” aesthetic sensitivity and cultural refinement. Much of this discussion has centered on various strata of the educated elite, which include landholders and government officials with degrees, and merchants. Conspicuously absent from such examinations of social position and its relationship to art and material culture is any discussion of the elite members of the hereditary military class. Yet, during the sixteenth century, Ming China was engaged in several military campaigns of enormous importance to the empire. Not surprisingly, military generals and commanders formed social as well as political relationships with civil officials and other members of the educated civil-degree-holding literati. This lecture will show that military men often participated broadly in activities typically closely associated with educated elites who engaged in civil-service examination culture, in areas such as scholarship, poetry-writing, painting, calligraphy, and collecting antique artifacts. Furthermore, it will be argued that this phenomenon is not merely another example of a one-way flow of cultural influence from the elite arbiters of taste in civil society. On the contrary, high-ranking or influential civil literati who were seriously involved in military matters often engaged actively in pursuits commonly associated with men from hereditary military families, such as archery, swordsmanship and other martial arts, the study of the military classics, writing of military strategy and the collecting of swords.

A lecture in the series : “New Constructions of the Past in the Art History of China”