Other People’s Thinking: Language and Mentality in England before the Conquest 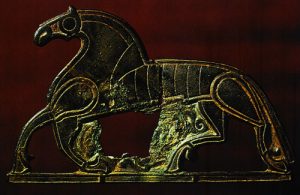 The effort to understand the inherited ideas that are operative in a society other than one’s own can require a historian’s patience, a linguist’s precision, a philosopher’s finesse, and an anthropologist’s tact. How did the people of the earliest period of English history and culture (the Anglo-Saxon period, ca. 500-1100 ad) conceive of their place in the world that they inhabited? To what extent do the textual records from that era reflect underlying assumptions that may have no exact equivalents today, and that require explication if those records, and hence this historical era in general, are not to be misunderstood? And what evidence from non-textual sources, or from other times and places, can help to promote this inquiry?