Racial Cannibalism: Carmen Miranda and the Performance of White ‘Negritude’ on the Brazilian Stage of the 1930s 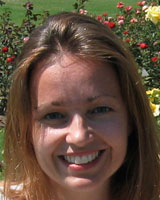 This project explores race and its representation in the performing arts as central to the modern concept of Brazilianness in the decades following the pivotal week of Modern Art held in São Paulo, Brazil in 1922. In this presentation I will explore the racial discourse of Brazil’s most iconic white performer of all times, Carmen Miranda (1909-1955), whose signature look embodied the racially-charged ‘baiana’ or Afro-Brazilian street vendor who would typically carry large baskets of fruit and food on top of their turbans. Set against the racial politics of the time, and in particular the widespread current of Brazil as a racial democracy, I engage Carmen Miranda’s whitening of the Afro-Brazilian image with the ideological manifestation of a Brazilian racial hegemony through which operates a culturalist commodification of Afro-Brazilianness for a white, elite and often foreign audience. I aim to discuss the literal and figurative black masks that were used, politically and culturally, to project an ‘authentic’ race-blind Brazilian culture and that go countercurrent to the widely proclaimed racial democracy.

Kathryn Sanchez is Associate Professor of Portuguese and works with Portuguese literature of the 19th and 20th Century, Brazilian film and popular culture, and the representation of Brazil and Brazilians in the United States. She frequently teaches Portuguese and Brazilian literature and culture, an introductory course to Latin America, and courses on race, gender and sexual difference in relation to the Portuguese-speaking world. Her current research project is a book-length study that re-evaluates Carmen Miranda as an icon of tropical otherness in the United States. Her first book, Utopias Desmascaradas [Unmasked Utopias], was published by the Portuguese National Press INCM, in 2008 and explored otherness in the context of Portuguese Romanticism. She has published articles in Portuguese Studies, Bulletin of Hispanic Studies, Quadrant, Santa Barbara Portuguese Studies, World Literature and Its Time, Queirosiana and Portuguese Literary and Cultural Studies. She served as the President of the American Portuguese Studies Association (2008-2010).