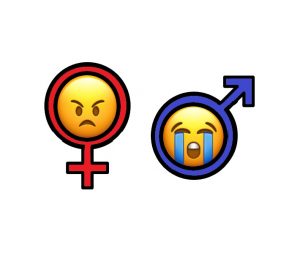 For the seventeenth and eighteenth centuries in Britain, “raging women” and “crying men,” on stage and within prose narratives, illustrate how gender and class affect an audience’s willingness to accept emotional performances. While male rage and female despair were widely acceptable, changing the gender of these emotions was a dangerous proposition: angry women and grieving men were viewed as equally monstrous because of their disruption of contemporary social and religious hierarchies. Women’s rage was a sign of women’s supposedly ungovernable nature, whereas weeping men who could not control their emotional outpourings were regarded as inconclusively “masculine.” Women’s rage assumes men’s power; men’s grief reveals their feminine weakness. This book-length project investigates taboo gendered emotional excess from a wide variety of disciplines— performance studies, gender studies, cultural studies, affect theory, and literary studies.

Anne F. Widmayer is Professor of English and Gender, Sexuality, and Women’s Studies at UW-Milwaukee, Washington County. Her most recent research focuses upon how gender is portrayed through British and French theatrical performance practices, the ironic use of dramatic techniques in early novels, and the Chevalier/Chevalière d’Éon’s exploitation of ambiguously gendered language in his/her autobiography. Her most recent book is Theatre and the Novel, From Behn to Fielding (Oxford University Studies in the Enlightenment, 2015). She has also published performance studies of Renaissance, Restoration, eighteenth-century, and contemporary drama.