Reading for the Future 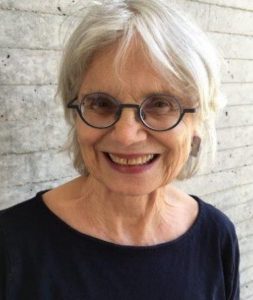 For many thinkers, including Romantics themselves, their era was an age of prophecy—of revolution, radical change, new beginnings, perhaps even new worlds.  Yet the Romantic writing that we identify as prophecy is strangely unable to predict the new realities and progress that we, like Romantic writers, thought they could deliver. Instead, prophetic writing in a Romantic key is preoccupied with impermanence, ruin, decline, calamity, loss, extinction, evanescence.  If these motifs are the darkened mode of Romantic prophecy, how do the Romantics, and how do we, read for the future?  I reply to this question by thinking about uncertainty, chance, and contingency, not sure-fire prophecy, as the narrative engines of Romantic futurity.  At issue for the Romantic era, as for our own, is not knowing what the future will be (impossible to know in any era), but working out resources to keep at hand for when we or others get there.

Theresa M. Kelley is Marjorie and Lorin Tiefenthaler Professor of English Emerita at University of Wisconsin-Madison. She is the author of Clandestine Marriage: Botany and Romantic Culture (Johns Hopkins, 2012), Reinventing Allegory (Cambridge, 1997), and Wordsworth’s Revisionary Aesthetics (Cambridge, 1988). She has published widely on Romantic poetics, aesthetics, visual culture, the matter of archives, and philosophy. She is the recipient of fellowships awarded by the American Council of Learned Socieities, Simon D. Guggenheim Foundation, National Endowment for the Humanities, Henry E. Huntington Library, Yale Center for British Art and UW-Madison Institute for Research in the Humanities. She is currently working on two books: Reading for the Future and Color Trouble.