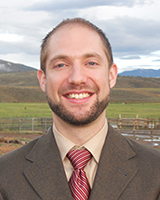 Trudell’s current book project traces the development of verse with a musical dimension in the poetic and theatrical cultures of early modern England, beginning with the renewed interest in musical humanism among Sidney and his peers, and continuing through Milton’s fascination with musical language and experience. Song was an essential part of the literary canon, and it circulated ubiquitously in written format. Yet it was also highly performative, inseparable from the rhythmic, vocal and instrumental conditions of its recital. As such, song brings out the extensive interaction between writing and sound in sixteenth- and seventeenth-century literary culture. Song resists the notion that literature can be confined to a particular media format, subject as it was to a constant series of feedback loops between scriptive, acoustic, visual and other media. Persistently understood as poetic yet irreducible to script, song invites us to re-imagine literature as a process of mediation, adapted and redefined by the competing influences of technologies, formats, authors and performers.

Scott A. Trudell is an Assistant Professor of English at the University of Maryland, College Park, where his research and teaching focus on early modern literature, media theory and music. In addition to his current book project about song and mediation from Sidney and Shakespeare to Jonson and Milton, he has research interests in gender studies, digital humanities, pageantry and itinerant theatricality. His work has been published in Shakespeare Quarterly, Studies in Philology and edited collections. He is at work on a book entitled Song and Mediation in Early Modern England.